The specues is found in Western Cameroon, in the lower Sanaga & Wuri River drainages and was discovered in a small pool one foot wide which was connected to a small brook one foot wide with a water depth of an inch or less. This brook is part of the Dibamba drainage. The small pool had a base of very coarse brownish sand reported to 'ooze' from a dense growth of tree roots. Sympatric with Aphyosemion riggenbachi.
Nokama
HLM 99-18
Ndokndak
ADL 13-49 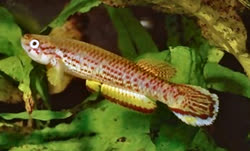 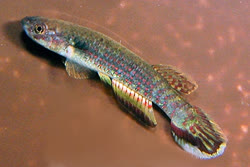 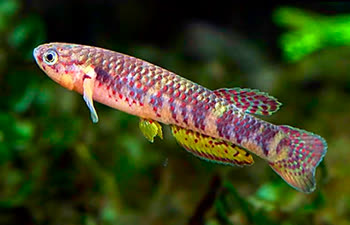